“This is a hazy ‘blue labyrinth’ built in jumbled layers of rich yellow rock. Its flat-topped mountains and sheer cliffs rise baldly from the forest around them. Its rivers plunge into deep, narrow gorges and vast stretching valleys. This feels like the most ancient of landscapes.” Source: NSW National Parks and Wildlife Service.

The mountains were formed about 300 million years ago as a shallow sea to the east dumped its sediment, creating sandstone and limestone deposits. Then, about 170 million years ago, a great volcanic uplift formed the Great Dividing Range, which runs along the entire east coast of Australia, forming a barrier between the coast and what eventually becomes a great inland desert. 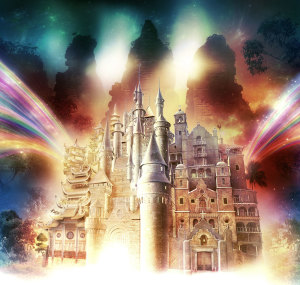 The area is called the Blue Mountains because it is densely forested by Eucalyptus trees. These emit finely dispersed droplets of oil, which, when combined with dust and water vapour, scatter short-wave light rays into the atmosphere, giving the mountains a blue hue.

The Blue Mountains is home to many creatives – filmmakers, designers, artists and writers, and is the region’s third-biggest economic driver. Creative people are perhaps drawn here by the mountain’s mysterious beauty.

The Blue Mountains are, in a word, awesome.